Walktober is an annual health awareness and fundraising event that challenges people to move for 31 minutes of every day for 31 days in October. At the same time, we raise funds to enable Bluearth and its programs to have a presence in more schools across Australia.

Why we need to move more

Physical inactivity is a leading cause of disease and disability.

An office worker will typically spend 80,000 hours of their life sitting. Over time, sitting for more than 6 hours a day reduces life expectancy by 40% for women and 20% for men.

Two thirds of Australians are overweight or obese; Australia has the highest rate of obesity in the world.*

Moving more is good for us; improving sleep and lung capacity, increasing blood flow to the brain for improved mental alertness and productivity, reducing cholesterol and blood pressure and improving heart muscle function and blood flow.

Helping kids to learn the joy of movement in their early years, is a key piece of their development that can influence their health and wellbeing through to later years.

You can read more here

* Australian Institute of Health and Welfare 2019

THERE’S MORE TO SAY AFTER R U OK? 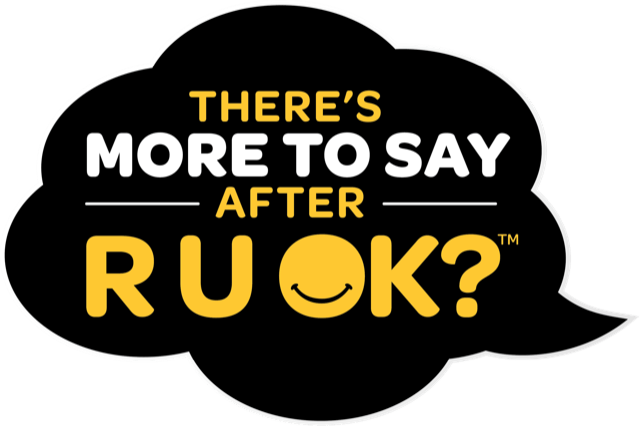 2020 has been a challenging year for everyone and circumstances have made it even more important for us all to stay connected and, for those who are able, be willing to support those around us. In the lead-up to R U OK?Day we’ll help Australians know what to say when someone says they’re not OK and guide them through how they can continue a conversation that could change a life.
You don’t have to be an expert to keep the conversation going when someone says they’re not OK. By knowing what to say you can help someone feel supported and access appropriate help long before they’re in crisis, which can make a really positive difference to their life.
Learn what to say after R U OK? and download our FREE resources for tips and ideas to help you share the message in your community.

21-08-2020
It’s National Science Week, and there’s plenty of virtual fun to be had this year for people of all ages. Sign up for the At Home Science Scavenger Hunt with the kids, join scientists in the field via virtual reality, get young inventors involved in creative design tasks or learn how to solve a crime with insects!
See more here to see,do and talk science.

05-08-2020
It’s World Breastfeeding Week, and this year’s theme is ‘support breastfeeding for a healthier planet’. The WHO and UNICEF are calling on governments to protect and promote women’s access to skilled breastfeeding counselling, a critical component of breastfeeding support.
Here in Victoria breastfeeding mothers can seek support from their maternal and child health nurse, GP or midwife, maternity hospital breastfeeding ‘day stay’ units, lactation consultants, early parenting centres and the Australian Breastfeeding Association.
Help is available by phone 24/7 through:
• Breastfeeding Helpline (1800 686 268)
• Maternal and Child Health Line (13 22 29).
Learn more about breastfeeding and available supports:

29-07-2020
Today is World Hepatitis Day!
Hepatitis Australia says that while the world is focused on a new virus, it is important not to forget what is happening for those at risk of, or living with hepatitis B or hepatitis C.
Read more here

Heads Up On Diabetes for National Diabetes Week

13-07-2020
It’s National Diabetes Week! Diabetes Australia has launched a new campaign – Heads Up on Diabetes – to draw attention to the mental and emotional health impact of living with diabetes. #NDW2020 #headsupdiabetes
Learn more about it here:

Why is Australian male health so in need of attention? Why work on men’s heath?

Because the health status of males in most countries, including Australia, is generally poorer than that of females.

More males die at every stages through the life course, more males have accidents, more males take their own lives and more males suffer from lifestyle-related health conditions than females at the same age.

Meanwhile, men are less frequent visitors to general practitioners, and the perception is that they don’t care about health or that health services are not well-prepared to interact with men effectively.

But that’s not what Men’s Health Week is about!

Men’s Health Week was started in the United States by the US Congress in 1994 to heighten awareness of preventable health problems and encourage early detection and treatment of disease among men and boys.

In Australia, there were small and localised Men’s Health Week events in Victoria and then in New South Wales from about 2000 onwards.

In 2002, the 2nd World Congress Of Men’s Health was held in Vienna and brought together six leading men’s health organisations including MHIRC to run international events in June each year, just before the United States and United Kingdom Father’s Day. END_OF_DOCUMENT_TOKEN_TO_BE_REPLACED

Can you help The Nappy Collective?

Around 1 in 10 Australian mums will struggle to afford the nappies they need for their babies.

The Nappy Collective aims to deliver 1 million nappies to families in need this year.

Unfortunately, due to the current COVID-19 situation, they are unable to collect nappy donations so they are asking for you to consider giving the gift of virtual nappies.

For as little as $20, you can provide 1 weeks’ worth of nappies to a family in need.

Please head to their social media pages or their website to learn more, and to make a donation.

Every 8 hours, one woman dies from this silent killer and right now those with ovarian cancer are at an increased risk.

We’re in uncertain times—and now, more than ever, we need support to fund our critical research.

Even $20 gets us closer to saving the lives of women with ovarian cancer.

Now, more than ever, we need your help

OCRF.COM.AU
Donate to the OCRF
Now, more than ever, we need your help
Learn More